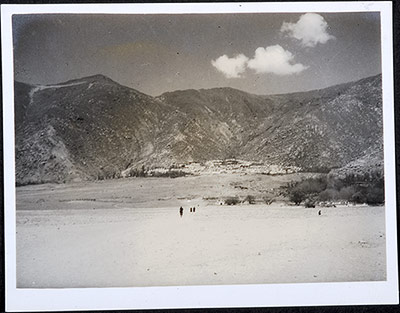 Drepung monastery nestling in a valley at the foot of a mountain range.

Notes on album mount - "Drepung" is written in pencil in capital letters below the photograph on the album page. [KC 30/12/2005]