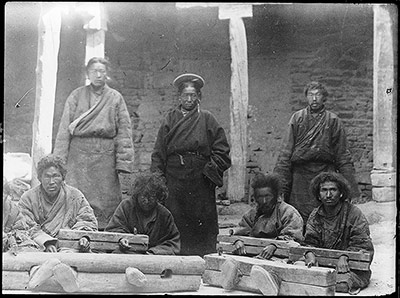 Four prisoners in hand and foot stocks at Potala Shö prison, three men standing behind them