Potala seen from the Pargo Kaling 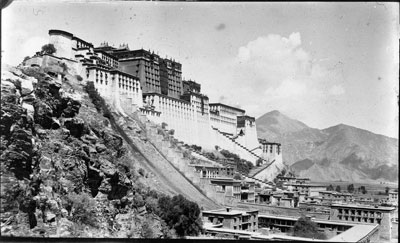 The Potala photographed from the Pargo Kaling western gateway. A landscape view of the Potala with mountains in the right background; rooftops of buildings and Sho settlement beneath the Potala also in view.