Lukhang behind the Potala 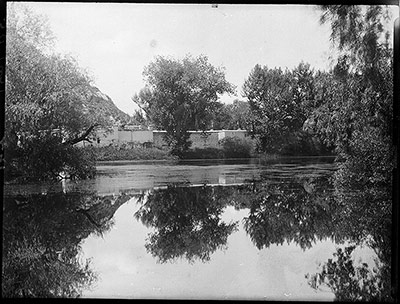 Grounds of the Serpent Temple, Lukhang, behind the Potala, with poplar trees reflected in the pond.

Other Information - Dates: Bell comments in his Diary for September 22nd 1921 that on this day he visited the Lu Temple [ Lukhang ] behind Potala with Tsendron and wrote an extensive description. He also comments that only on the 15th day of the 4th Tibetan month is the temple opened to the public - to visit at any other time requires the special permission of the Dalai Lama [Diary Vol. XIII, pp. 1-5] [MS 06/03/2006]