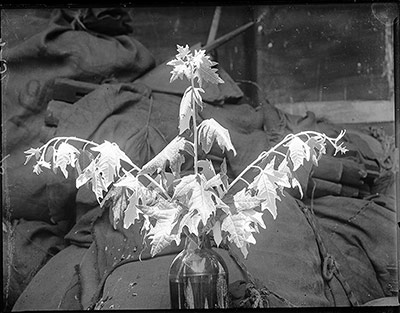 Leaves of the "White Poplar" tree at Lhasa, standing in a bottle or vase