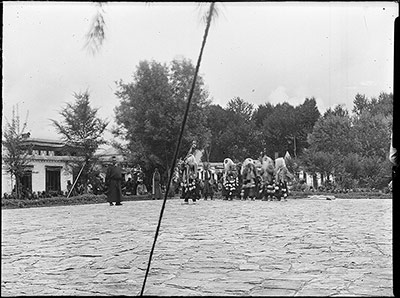 Actors from Tashi Sho in Lhoka province. They are telling the preliminaries of a story in song on the first day of the Dalai Lama's Ache Lhamo performance in 1921