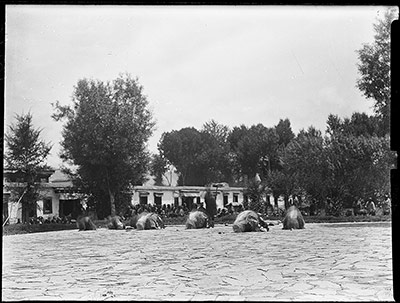 Other Information - Dates: This image has been dated as 4th August 1921 because Bell states in his Diary entry for 5th August that on the first day of the Ache Lhamo the stage was uncovered [Diary vol. XII p.83] [MS 10/8/2004]