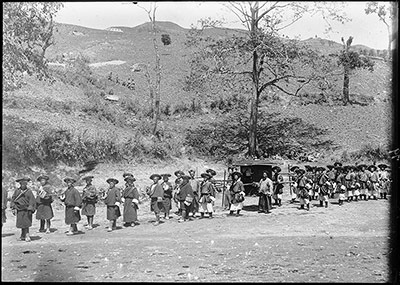 The Thirteenth Dalai Lama's state palanquin or pep-chang being carried in the annual procession from the Potala to the Norbu Lingka. Bearers and attendants surround the palanquin. Onlookers can be seen on hillside in middle distance