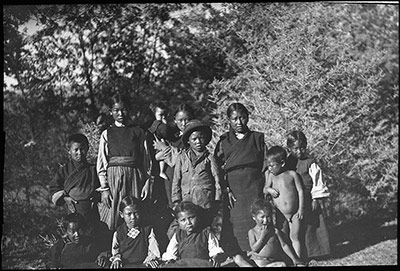 Picnic party in Lhasa. Group of children in a park

Other Information - Photographer: As this photograph was made using a Postcard-sized glass plate it may possibly have been taken either by R. S. Kennedy in 1921, or by W. P. Rosemeyer in 1922 and forwarded to Bell later [MS 15/9/2004]