View of Potala and Chakpori 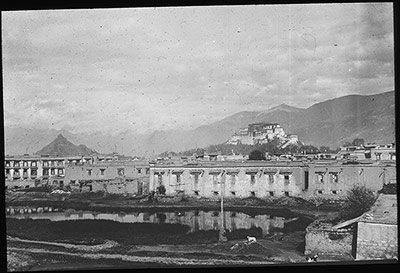 Looking across Lhasa towards Potala (right) and Chakpori (left).

Notes on print/mount - '16' has been written in blue ink. This number refers to a sub-set of slides used by Bell in his lantern lectures [MS 7/9/2004]