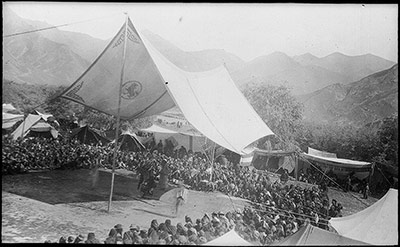 A crowd of seated people around an opening which is covered by an applique tent. Performance in progress. Bell's ache lhamo which he hosted in August 1921. It was performed at the Tsetrung Lingka, which was the most popular park with givernment officials