Nomad tribe from the north travelling to Lhasa 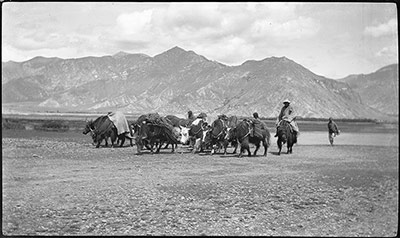 Nomad tribe from the north travelling to Lhasa. Yaks carrying loads. One man riding. Mountains and settlement in distance