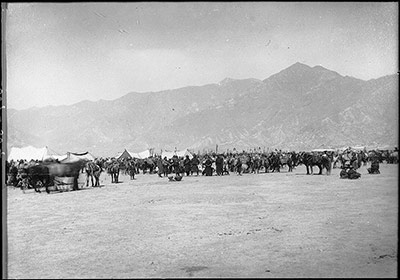 Other Information - Dates: This image seems to have been taken at the 'Gallop behind the Fort' [Dzong-gyap tzel-gyu] competition held on 5th March 1921 according to Bell's diary for this date [MS 25/6/2004]