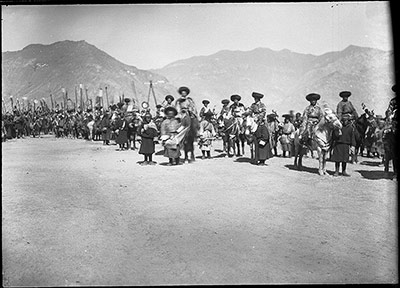 Officials at the Trapchi Tsisher ceremony in Lhasa in March 1921