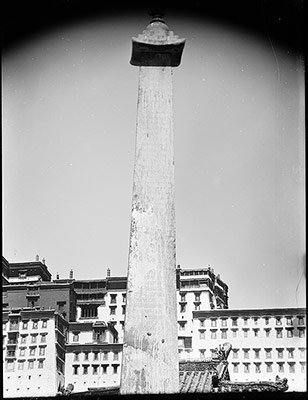 Lantern Image shortened at the top

Contemporary Publication - Published in 'Tibet Past & Present', Bell, C. A., Oxford: Clarendon Press, 1924, facing p.273:"Recorded on the southern face of the stone pillar below the Potala"