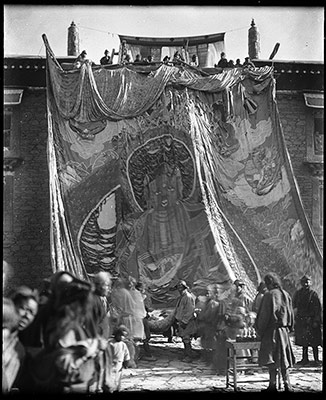 Banner suspended from the roof of Kungtang monastery. People in foreground and on roof.