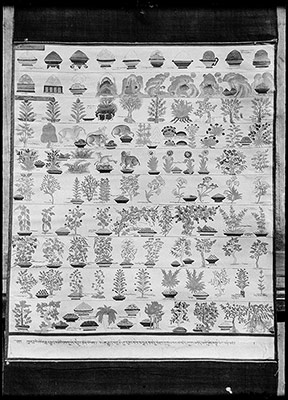 A picture in a Tibetan medical dispensary depicting the various plants which can be used as drugs.

Other Information - Museum notes: The PRM contact print for this object has been developed in reverse from the image on the negative. This is an error in the contact print and not in the original negative glass plate