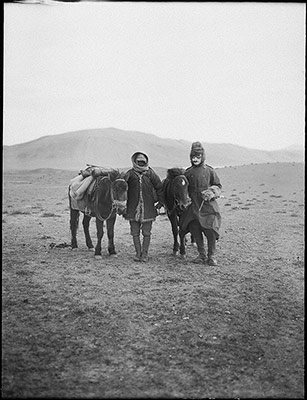 Sir Charles Bell, right, and his assistant or Syce, Saila, in November in Dechen. Wearing heavy winter clothing and holding his pony by its reigns.

Other Information - Dates: This photograph was probably taken on departure from Lhasa in 1921 as Bell travelled in late October - early November through this region [MS 22/9/2004]