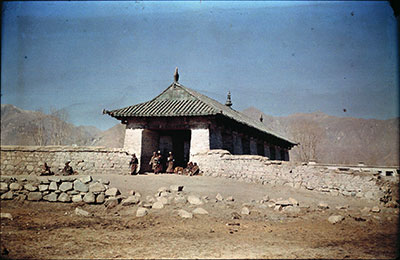 Turquoise Bridge or Yuthok Sampa in Lhasa. People can be seen emerging from the covered walkway and beggars can be seen seated by the wall on the left