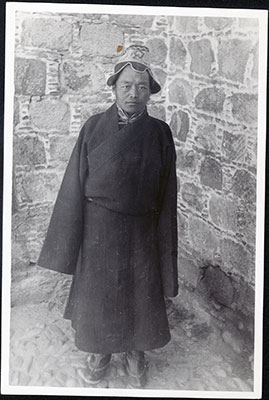 Other Information - Setting: Mission Diary entry for September 20th 1936: "Today was a holiday. Mr Gould used it for clearing up arrears. The doctor spent it in bed with a sore throat. Chapman, Nepean and Richardson climbed a hill to the South-East of the city. Chapman actually climbed several hills but one was enough for the other two. // Kusho Namdun La a favourite of the late Dalai Lama called on Mr Gould" [MS 06/04/2006]