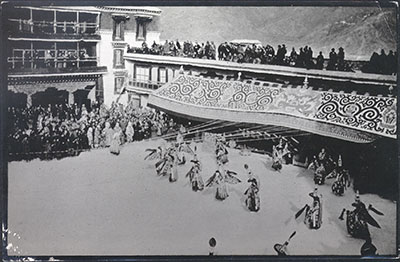 Black Hat dancers at the Tse Gutor ceremony in the Eastern Courtyard of the Potala.

Technical Information - This print was made from a colour transparency. It has been made in reverse and needs to be flipped to see it the right way round [see 1998.157.77]