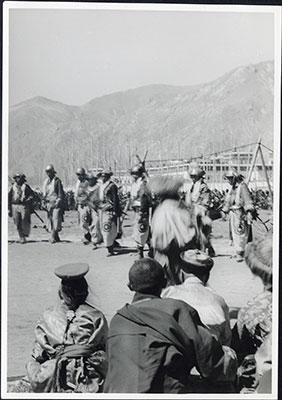 Riders in armour with weapons wearing ceremonial scarves or khatak given by officials attending the Dzonggyap shambe or `Gallop behind the fort'. Spectators can be seen in the background with a target on the right of the image in the middle distance. Lhalu Mansion is in the background. An official moving across the frame is out of focus in the centre right of the image