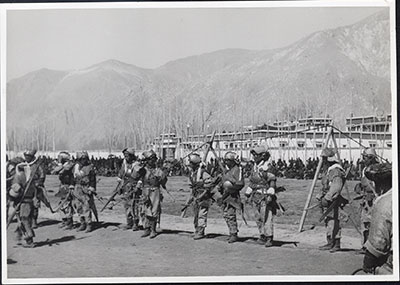 Members of cavalry in armour with weapons in foreground at the Dzonggyap shambe or `Gallop behind the fort'. The target is suspended between poles, visible behind the soldiers. Spectators can be seen in the background with Lhalu Mansion behind them