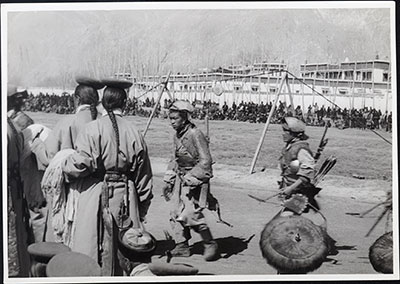 Spectators, officials and members of cavalry in armour at Dzonggyap shambe or `Gallop behind the fort'. Target suspended between poles can be seen behind them. Lhalu Mansion can be seen in the background. The soldiers are lining up to receive khatak offering scarves from the officials in the Cabinet or Kashag