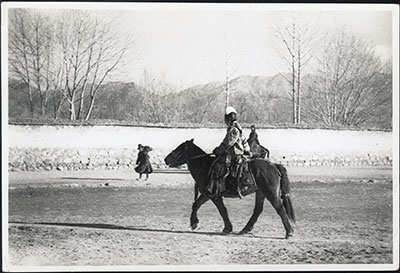 4th rank official riding in the outskirts of Lhasa wearing his formal gyaluche dress. An onlooker watches the photographer take his image.