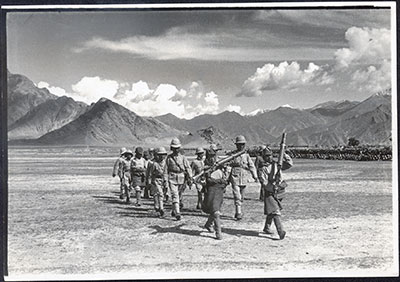 A Tibetan Lewis Gun section with both old and new Tibetan military uniforms at a military review held at Trapshi in September 1937 for Brigadier Neame.