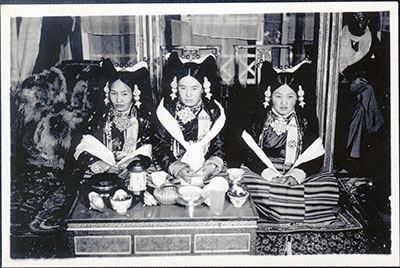 New Year celebrations at Tsarong's house. From left to right: Dele Rabden's wife Norbu Yudon, Mary Taring, Daisy Taring or Changchup Dolma seated at a table with offerings. Dr Morgan can be seen seated in the background on the right