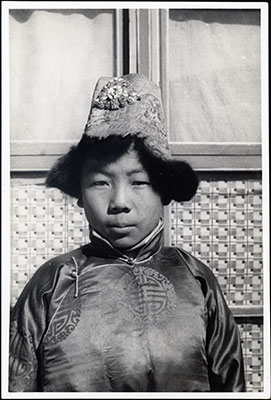 One of the sons of Changra Depon, the lay Commander-in-Chief. Head and shoulder portrait showing in detail the expensive brocade chuba or outer garments and jewellery ornament to his winter hat worn even by young children in aristocratic families