Wife and children of Changra Depon 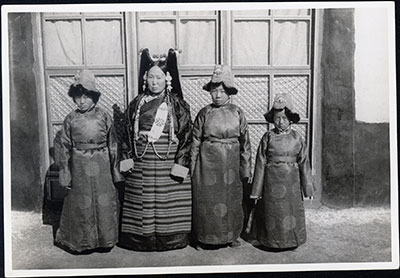 The wife of Changra Depon, the lay Commander-in-Chief and her three children. Full length portraits showing in detail the elaborate jewellery and head dresses worn by aristocratic women and the expensive brocade chuba or outer garments worn even by young children in these families