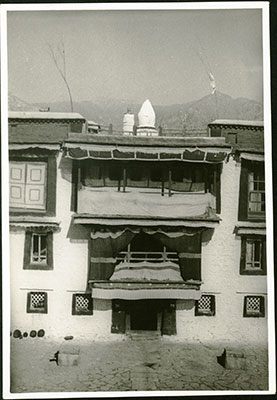 The Lhalu mansion in Lhasa. Mounting blocks can be seen in the foreground.