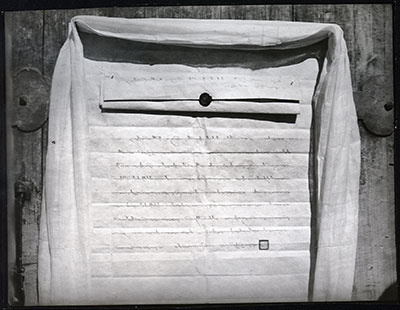 Notes on print/mount - 'C-15-22' has been written on the back of the print in pencil, as has the number '7' in a circle in the top right hand corner. '[FSC says no good'] has been written in square brackets close to the bottom edge on the left. There appears to be some confusion between these very similar images as in his handlist Chapman refers to this image as 'best' [MS 23/03/2006]