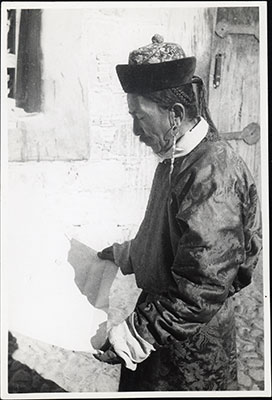 Other Information - Related Images: Images prefixed with 'BJ' comprise a group of negatives containing images of the Lhasa band, chang girls, Tibetan officials including Tsarong and Ringang, Finch, Norbhu, Everest Permit and Khampa people. They all seem to have been taken in the early part of January 7th 1937. [MS 23/03/2006]