Sikkimese orderlies to the Mission 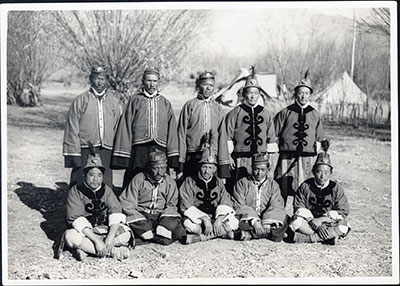 Group of ten chaprassi, orderlies or servants/assistants, attached to the British Mission. Most are Sikkimese and many are dressed in the uniform of the old Sikkim militia. Tents can be seen in the background. Many of the mission staff had to sleep in tents such as these, and tents were also used to establish the mission hospital. The group is having their photograph taken prior to an official visit to the Potala Palace