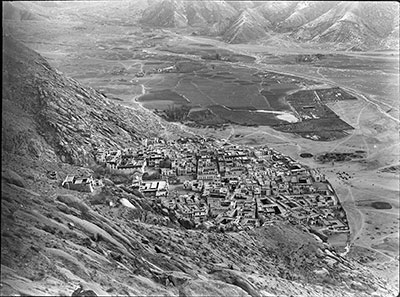 Looking down on Sera monastery with the Lhasa Valley beyond