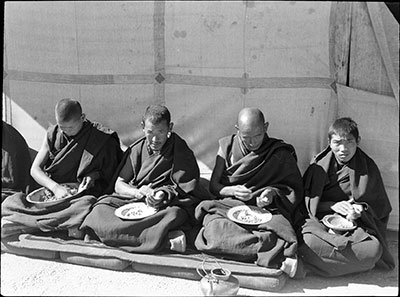 Group of four monks eating in front of a textile awning