Shrine with figure of Tsongkhapa 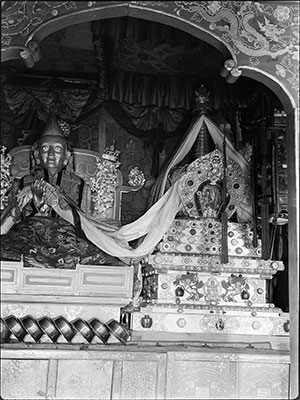 Shrine inside the Potala Palace or the Norbu Lingka. Figure of Tsongkhapa and an ornate jewelled chorten.