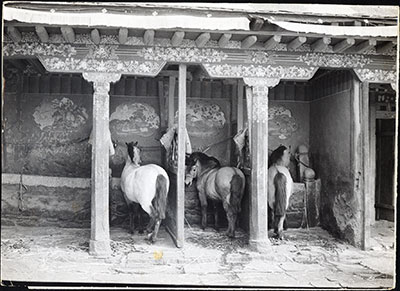 Notes on print/mount - The print has a large number of annotations written on the back, including crop marks and other reprographic instructions for a photo editor. There is also a Chatto & Windus [publisher] reference, 'C/W41074/18. The reference number 'O/D/18' has been written across the back in pencil, which relates to images prefixed with 'D' in Chapman's handlist of images taken whilst in Lhasa [MS 21/03/2006]