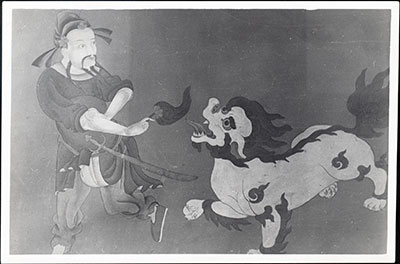 Painting of a man with fly whisk, a popular attribute in Buddhist iconography, and a snow lion, a national emblem of Tibet, in the Norbu Lingka stables or Chibra Khang

Other Information - Cultural Background: This image represents a part of Buddhist teaching [TS 17/2/2005]