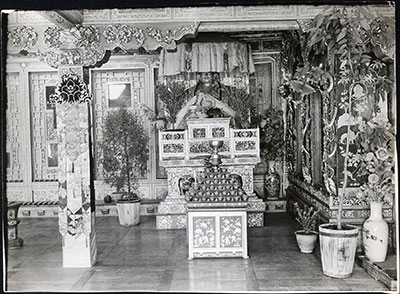 Notes on print/mount - There a number of crop marks and reproduction instructions written on the back of the print in pencil. Also written in pencil is the reference number 'C-20-10' [MS 21/03/2006]