Roof of the Potala Palace showing tombs of Dalai Lamas 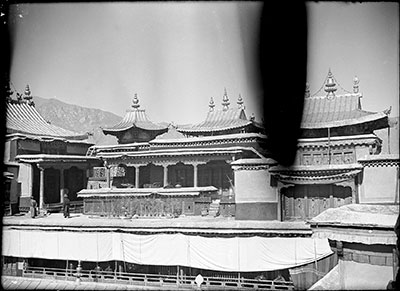 Roof of the Potala Palace, gilt copper pagoda roofs of the tombs of past Dalai Lamas. Flaw down the centre right of the image