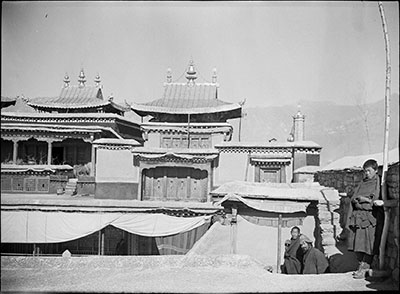 Roof of the Potala Palace, gilt copper pagoda roofs of the tombs of past Dalai Lamas. Monks in bottom right corner.