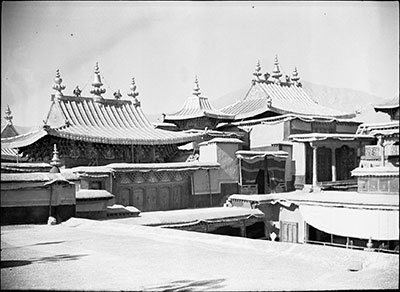 Roof of the Potala Palace, golden pagoda roofs of the tombs of past Dalai Lamas. Paintings on tomb wall visible