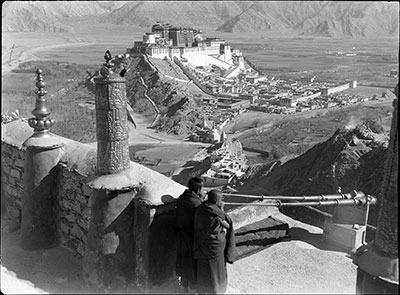 Other Information - Cultural Background: The radung or horns can be reduced in size by pushing them in on themselves like a telescope. Gyaltsen or Victory banners made of brass or copper can be seen in the left of the image symbolizing the victory of Buddhism [TS 7/2/2005]