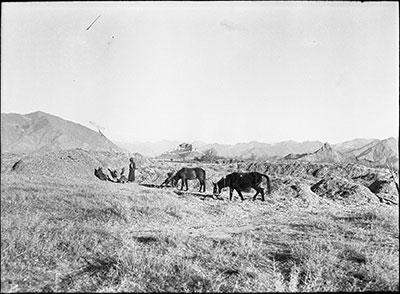 Potala in far distance, Chakpori and Medical College on the right of the image. Two ponies and group of people resting in foreground

Manual Catalogues - Caption in Chapman's hand-written list of negatives made whilst on the Mission to Lhasa, 1936-7 [See PRM Manuscripts Collection]: 'Rural scene. Potala and Hosp. Hill [Chakpori] behind' [MS 18/03/2006]