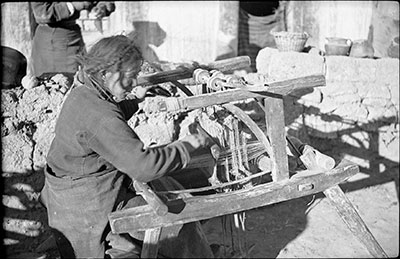 Other Information - Location: This image seems to have been taken in the compound of the Tibetan official Mondo's house as it is in the middle of a sequence of images identified as having been taken in this setting [MS 17/03/2006]