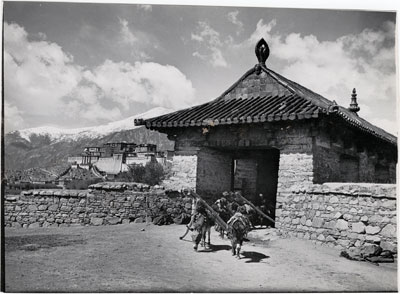 Notes on print/mount - The back of the duplicate print is covered in crop and other instructions on how to reproduce the image. Other marks include the reference 'C-8-4' written on the back of the print in pencil in the centre, and '23a' written in the top left hand corner [MS 18/2/2005]