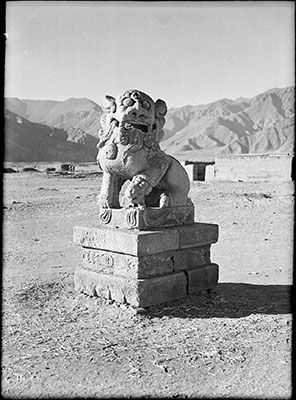 Close-up view of stone lion at the entrance to the former compound of the Chinese government's representative in Lhasa, the Amban, in the south of Lhasa