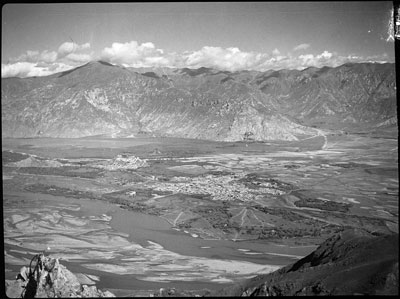 In Negative - There are many small abrasions on the upper edge of the right hand side of the negative. The number '8' also seems to have been printed on the negative near the bottom of the left hand side [MS 2/2/2005]