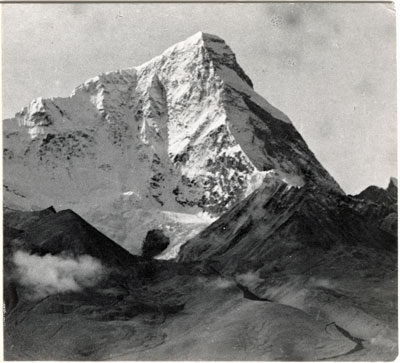 Notes on print/mount - This is the left hand image in a group of three that have been stuck on a piece of card to make a panoramic view. The caption 'Chomolhari on right view from Tuna'. Each image has the relevant reference 'B.13', 'B.14' and 'B.15' on the back so that they can be identified [MS 10/03/2006]