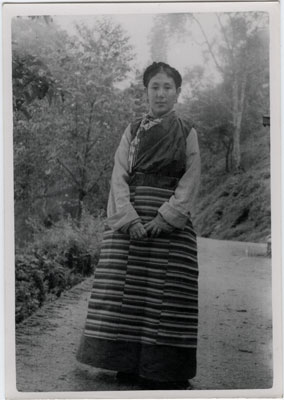 The Maharani of Sikkim, who was from an aristocratic Lhasa family, in the grounds of the British Residency in Gangtok as the Mission prepared to depart for Lhasa